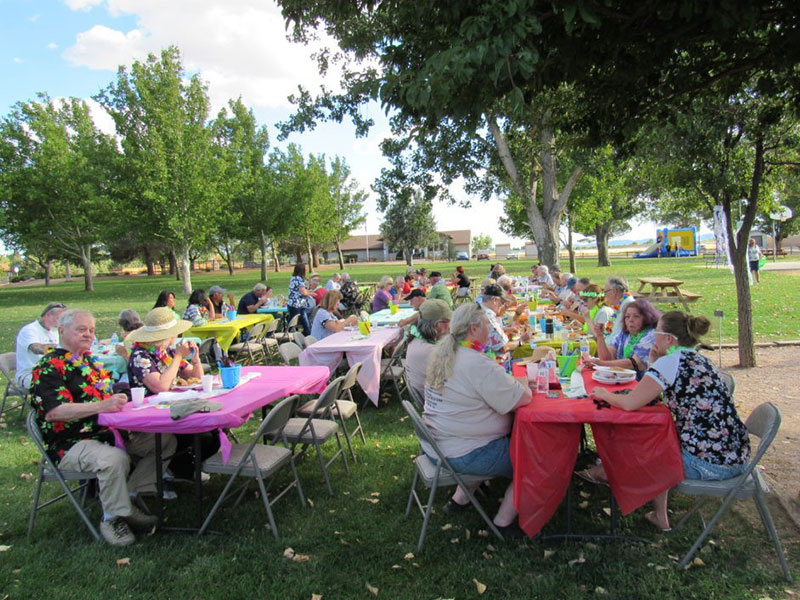 There was a lot to learn from last year’s inaugural event and there will be a few changes using that knowledge to make it a better event this year, Chino Valley Police Foundation Treasurer Maureen Johnson said. Not only will there be more seating and an alternative dish for anyone allergic to pineapple, but also some entertainment this year, Johnson said.

“We have two types of entertainment,” said Leanne Garden, president of the Chino Valley Police Foundation. “Last year we had none … we kind of stepped it up this year.”

One of the entertainers is Fly By Night Mobile Sound DJ Eric Costanios, as well as Chuck Brown, an Elvis Presley impersonator. He’s going to be performing for a full hour in costume, Garden said.

After wanting entertainment at last year’s event but not being able to have any, they made sure to get the two of them booked last year and built the Saturday, Aug. 24, event around that, she said.

It’s also family friendly and there will be a bounce house for the kids close to the food and entertainment, Garden said.

All the money brought in from the event is kept in town, Garden said. Last year’s event raised $3,000 and went into purchasing Stop the Bleed kits for Chino Valley Unified School District classrooms, she said. The organization has about 50 left that will be put in Chino Valley High School and Heritage Middle School classrooms, and money that comes in from this year’s luau will go toward more for those schools before moving over to Territorial Early Childhood Center and Del Rio Elementary School, Garden said.

“Our goal is to get one in every single classroom,” Johnson said. “We’re just going to keep working on that until we can get that done.”

Stop the Bleed is a national awareness campaign and call to action intended to encourage bystanders to become trained, equipped and empowered to help in a bleeding emergency before professional help arrives. The kits provide access with the necessary equipment intended to stop traumatic hemorrhaging.

The reason the Chino Valley Police Foundation chose to use the money for Stop the Bleed kits is because Chino Valley officers approached them about it, Garden said.

“Normally, we fundraise for them and what they think they need, whether it’s a K9 vest or some special thing for their patrol vehicles or safety equipment that they don’t have the money for,” she said. “They came to us and said ‘we think it would be a good resource for each teacher to be a first responder in case of an emergency.” 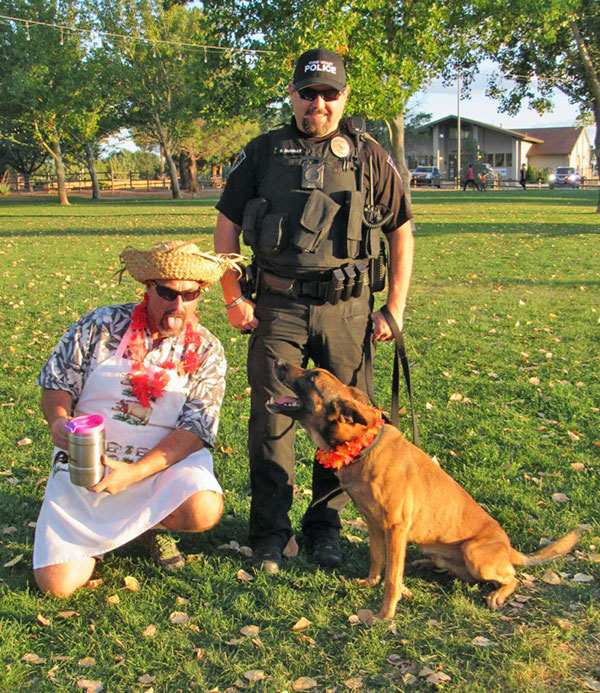 The Hawaiian Luau, held from 4 to 7 p.m. at Memory Park, gives people the chance to give back to the community while getting some entertainment and a great meal, Garden said.

“I think people always tend to forget that,” Garden said.

“That just goes back to our foundation’s goal of bridging that gap in the community between the officers and the civilians.”